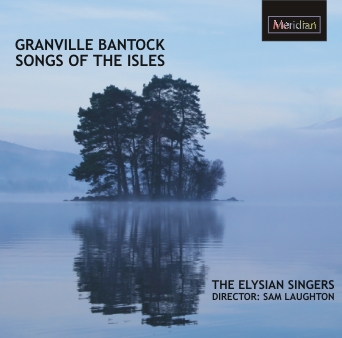 The Death of Morar, Arranmore
Emer’s Lament for Cuchulain, Nocturne
O what a lovely magic hath been here
Sadly in the silent west
The Mermaid’s Croon
Milking Song, The Death Croon
O can ye sew cushions
Dumbarton’s Drums
A Faery Song
The Lake Isle of Innisfree
Song to the Seals
My luve is like a red, red rose

Listen to The Death Croon (conclusion)


♦ “It would be difficult to praise the performances too highly” ***** (Choir and Organ)
♦ “Young, fresh-toned voices, brightly attentive to text without becoming over-punctilious, flexibly shaped by conductor Sam Laughton… Bantock’s sizeable following will be grateful that holes in his discography have been filled with such expertise and empathy” **** (BBC Music Magazine)
♦ “A fascinating programme…full of unexpected modulations and intensity…to which Laughton and the Elysian Singers do justice.” (Gramophone)