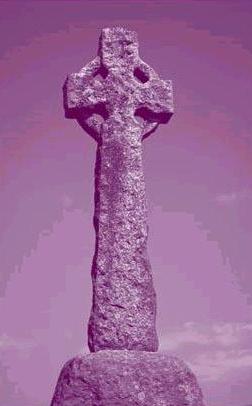 Although Scotland has not produced the sheer number of great choral composers that England has, there is no doubt that composers of equal stature have emerged from both the Renaissance period and the present day. And the two composers who stand out from their contemporaries of the 16th and 21st centuries respectively are Robert Carver and James MacMillan.

Robert Carver’s highly ornate but austere choral style is well displayed in his two surviving motets. Gaude flore virginali describes the seven joys of Mary in con-stantly shifting textures, some of which delve into remote keys rare indeed for the period. But his towering masterpiece is the 19-voice O bone Jesu, which prefigures Tallis’ Spem in alium in the glory of its multi-part choral writing.

The choral works of James MacMillan take their inspiration from several sources, but the abiding themes tend to be the Catholic Church and/or Scottish traditional culture. The most impressive work in the programme is Cantos Sagrados, which takes as its starting point the searingly powerful poetry of the Latin American poets Ariel Dorfman and Ana Maria Mendoza. The composer’s settings of poems concerned with political repression coupled with traditional religious texts make for a powerful exploration of liberation theology, by turns delicate and terrifying.

The other works by MacMillan in the programme fall into two groups. The first are settings of Latin or English religious texts, often written for particular occasions: A Child’s Prayer, for instance, was dedicated to the dead of the Dunblane tragedy in March 1996. The other group are settings of that most Scottish of poets, Robert Burns. MacMillan’s choral style, with its nostalgic evocations of Celtic folk-music, is so utterly suited to Burns’ poetry as to leave the listener entranced.