Music for the Christmas season 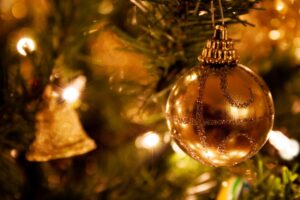 The Elysian Singers are delighted to return with their Winter Wonderland 2021. In the first half we celebrate the centenary of the great English composer Malcolm Arnold, with his rarely heard but beautiful ‘Song of Simeon’: a Nativity Masque for choir and orchestra, by turns deeply moving and frankly hilarious. The second half will return to more traditional fare: classic Christmas works by Francis Poulenc and Benjamin Britten and interspersed with arrangements of well-loved carols from over 400 years, including opportunities for the audience to raise their voices to the accompaniment of full brass! A retiring collection will be made once again for the choir’s chosen charities: War Child and Tommy’s.

Path of Miracles by Joby Talbot was commissioned by Tenebrae in 2005 and since received accolades around the world. Running about an hour long, in three movements, for multi-voiced choir with occasional percussion, this extraordinary work ‘dramatizes a religious pilgrimage to Santiago de Compostela, in Spain, with passages in English, Galician and Latin; juxtapositions of intense serenity and celebratory robustness; and an ecstatic finale that includes a processional by the choir through the church’ (New York Times).