The choir gave the first broadcast performances of Henryk Górecki’s Miserere and Three Lullabies on BBC Radio 3 in the presence of the composer in 1993, and has since featured several times on radio and television. Tracks from our CDs are played regularly, both at home and overseas. Scala Radio featured Ave Maris Stella from our One Equal Music CD in August 2021, for example. 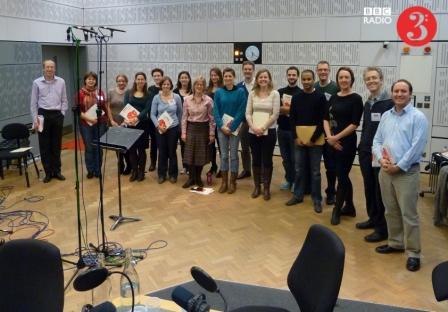