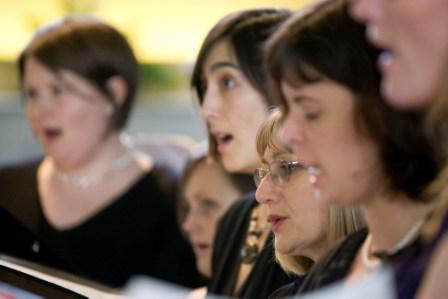 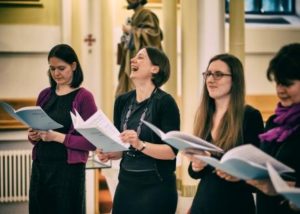 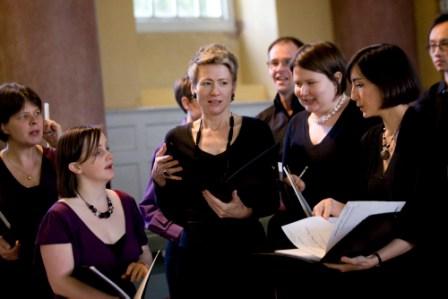 Read about the Let the Peoples Sing heat

Let the Peoples Sing is a biennial international choral competition promoted by the European Broadcasting Union (“EBU”). National broadcasting organisations select choirs to represent their countries in each of three categories: Adult, Youth and Children’s. In the past, Radio 3 had relied to a greater or lesser extent on the results of the prior year’s Sainsbury’s Choir of the Year competition in choosing the choirs to represent the UK. This year, however, it decided to hold a separate competition, and invited a number of the UK’s leading choirs to the Blackheath Halls, London on January 25th to participate. Highlights of the recorded event were broadcast in an extended edition of “Choirworks” in May 2003. The heat attracted what was arguably the strongest field of adult UK choirs ever to appear together, as well as three of the country’s leading junior choirs:

Choir after choir turned in performances of exceptional quality, presenting the two adjudicators, who judged “blind” (i.e. on the basis of the recordings alone), with some difficult decision making. Their verdict, after lengthy deliberation, was as follows: