With the QuintEssential Sackbut and Cornett Ensemble. The choir is grateful to the Symonds Group and the Bridge House Trust for providing financial support for this concert 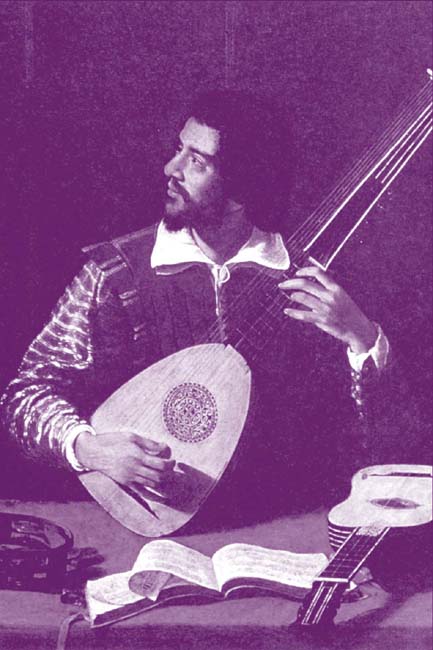 There are probably few works that have engendered more academic controversies than the work presented tonight. It derives from a publication issued by Claudio Monteverdi in Venice in 1610, containing not only the liturgical music for Vespers (including two alternative Magnificats but also a Mass and several motets.

The scholars have long raged over such basic questions as:

This is not the place to embark upon a lengthy discourse on these questions, of which there have been as many answers as there have been specialists of the period. For example, it used to be argued that the motets (arguably the most seductive parts of the work) were not intended as part of Vespers at all.

In order to comprehend some structure in the music you will be hearing tonigh4 it is worth understanding in basic terms what was (and is) comprised in a service of Vespers, at least insofar as the main musical contributions are concerned. Leaving aside the various sections of the service chanted by the priests, the service includes no less than five psalms, a hymn and a concluding Magnificat. Before and after each psalm, and the Magnificat, are antiphons appropriate to the particular feast being celebrated. We have chosen to use those suitable to the November feast of the Presentation.

The controversies described above have largely been concerned with the status of the ‘occasional’ works in the 1610 publication (the motets and the sonata), which are not part of the rubric for Vespers (and certainly not the Mass), but were printed interleaved with the liturgical movements. The texts are poetic (although at least semi-Biblical) and emphasise the sensual or dramatic. Monteverdi lives up to the words with some almost operatic solo and ensemble writing, utterly contrasting with the more formal liturgical music. We are following a recent theory, according to which (in something of a return to square one) these movements were after all intended to be heard precisely in position that they appear, as interludes between the psalms. And we treat the Vespers as a single whole, to be digested at one sitting.

As for the style of the performance, we are employing instruments appropriate to the period. The pitch is roughly a tone higher than today’s concert pitch, following what is thought to have been common at the time in Northern Italy. Furthermore, we will be singing two of the movements (‘Lauda Jerusalem’ and ‘Magnificat’) a full fourth lower than is printed: this practice (based on the specific notation used in those movements) is now almost unanimously agreed by scholars, although by no means always employed.

Our own personal ‘take’ on the work involves using space as well as the usual musical textures of rhythm and melody, harmony and counterpoint. In other words, you will not only hear singers and players from all corners of the church, but the choir will continually be reforming in different performing ‘shapes’, the better to elucidate the fascinating structures of the music itself. A good example is in ‘Lauda Jerusalem’, where the chant is carried throughout by a central group of tenors, while two opposing groups of three voices each weave a tapestry of interlocking and antiphonal lines. And as the music given to the instrumentalists comes more to the fore in the latter parts of the ‘Vespers’, they accordingly take up centre stage.

It would be impossible to present an ‘authentic’ Vespers, although several groups have tried in the past. For a start, we are in an Anglican (albeit Anglo-Catholic) church, and no priest is officiating. The time of day is probably wrong. We are not subject to the privations of life in early seventeenth-century Italy. And we are listening with ears that have already heard Bach, Wagner, Stravinsky, and perhaps even Eminem.

So the best we can do is to honour the glorious concerted music Monteverdi has provided by clothing it in the sort of garb in which it sits most happily: plainchant. After all, it is a striking feature of the psalm settings that they grow out of plainchant, the traditional music of the Catholic Church. So the compromise is a ‘semi-liturgical’ presentation: one in which, broadly speaking, the composed settings are given some ‘hinterland’, but without forgetting that this is a concert, not a service. For instance, the magnificent ‘Magnificat’ is the last thing that you will hear, although it would be far from the last thing that you would hear in a Vespers service. But it is almost impossible to resist, on a dark November Tuesday evening in London, leaving the ears ringing to the full resplendent sound of concerted voices and instruments concluding one of the most remarkable artistic contributions to the early Baroque.